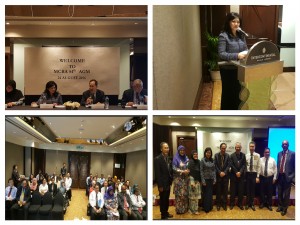 Puan Nora Manaf, the President of MCBA, who is also the Group Chief Human Capital Officer of Maybank delivered a very insightful welcoming speech which touched on a wide range of subjects affecting the country in general and banks, in particular.

Among other things, she provided a glimpse of the present and near future global, regional and national economic scenarios and highlighted the potential risks and impact on banks and how it would also affect the industrial relations landscape. She specifically mentioned the new “normal” that is to come due to the disruptions brought on by digitization and how new work culture is evolving with the dominance of the Millennial population taking centre stage. Puan Nora also alerted banks to be better prepared with the imminent changes in the labour laws following the conclusion of the TPPA in which Malaysia is a signatory.

Notwithstanding all the volatility and headwinds impacting the economy, Puan Nora attributed the stability of the banking industry to the enormous effort of the former Governor of Bank Negara, Tan Sri Dato’ Sri Dr. Zeti Akhtar Aziz. She also expressed support and confidence for the new Governor, Datuk Muhammad Ibrahim, and wished him every success.

(To read the full text of her speech, please refer to the attached document)

Fifteen member banks participated in the secret balloting in choosing the incoming EXCO. The results showed that all the existing six EXCO member banks were retained to lead MCBA for another two years ending 2017/2018. 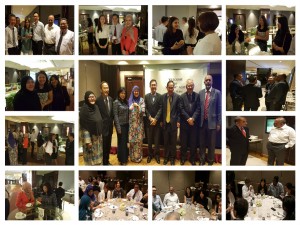